Let Go or Be Dragged! 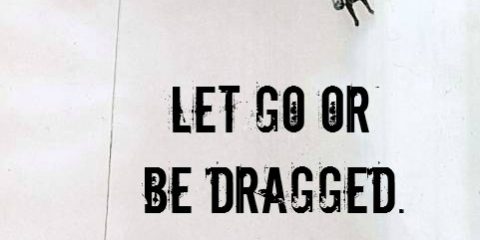 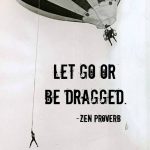 Let Go Or Be Dragged. These words from a Zen proverb say it all. And they are especially true when it comes to keeping staff that are either disruptive or not performing. Jim Collins tells us in Good to Great that we need to have the right people on our bus – and that we must have the courage as business owners to stop and let the wrong people off the bus. The problem is that often letting someone go is so difficult; we feel conflicted and that stops us in our tracks. The conflicted feeling can be because of our values. When compassion, empathy, kindness and caring are our core values, it feels as though we have to put those aside in order to summon up the courage to fire someone.

Perhaps a shift in thinking could help. If we have someone in our front office we don’t fully trust (either in terms of honesty or trusting that they are capable of doing their job well), where is the compassion for ourselves, our patients, our practice, and the rest of our team when we keep them on because the thought of firing them seems so uncomfortable? The concept that when we say yes to something, we are saying no to something else rings true here. What/who are you saying no to by giving a disruptive or under-performing employee more chances?

Recently, I worked with a client who had given a long term employee many opportunities to improve. This employee had been loyal and faithful to my client for a long time. In past, he had depended on her a great deal. The issues began when she reached retirement age and worked long past it. In the name of compassion and kindness, my client struggled with asking her to retire, as her memory began to fail and many, many mistakes were costing his practice money. Finally, he was no longer willing to dance around her mistakes and give her more chances. This week, he is steeling himself to let her go. I know it won’t be easy. I know he will feel like a schmuck for a while. I know he will be questioning how compassionate and kind he is. I don’t think there is any way around that. What I do know that is he isn’t really doing this employee any favours by keeping her on when she can’t do the job. I do know that by letting her go he is saying yes to his other staff, the health of his practice, and his stress level. I do know that the alternative of letting her go is that everything will remain the same or get worse. I do know that he really only has two choices; let go or be dragged. What are you hanging on to right now that is dragging you?