Are you too nice?

You are here:
Blog 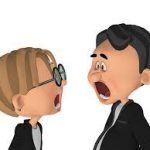 When communicating with your employees, when is it OK to be blunt and assertive, even though your words might hurt?

Usually, our communication takes this tack when we have either left a communication too long, or we have been too soft, too kind, too gentle in past communications. How can we avoid “fierce” conversations? By communicating early and clearly!

I am working with a client right now that just had to sit his office manager down and have one of those really difficult, uncomfortable, fierce conversations with her.  Without going into detail, I will just say that although this person has many, many wonderful qualities and is dedicated to the practice, she has not developed good communication and leadership skills and tends to be a bit of a bull in a china shop with her team. There have been numerous altercations with other team mates over the years and each time, my client has intervened and pointed out to her in a kind way that she needs to tone down her style. My client does not like to hurt people’s feelings and the many conversations he has had with her have all been kind, gentle, awkward and difficult for him (and her). In each case, things change for a short time, then revert back to her leaving her team mates feeling undermined, diminished, small, wrong or somehow deficient. (Did you know that bullying is defined, not by what someone does, but whether others are left feeling diminished in any way?).

Part of the reason for the reverting back to her original spiky style is her ‘go to’ reasoning in each case –  a) blame; others misunderstanding her, being too immature, too sensitive or too much or too little of something (i.e. not her problem to correct), or b) victim; she was being picked on, singled out, attacked, misunderstood (i.e. not her problem) or c) attack; pointing fingers at the boss, the others and pointing out their failings (i.e. they are the ones who should change, not her). When we go to “blame” or “victim” or “attack” it is our way of justifying our position and it gives us permission to do nothing, change nothing. In other words, she does not OWN her own stuff.

The other part of the problem is that my client has been so gentle in his attempts to communicate to her that she is the problem that now, when he has reached a tipping point, suddenly the conversation must be more fierce than ever. In retrospect, this is a good lesson for us all; pussy-footing around a problem, using euphemisms and gentle language may not be your best tack. I am not so sure it is even the kindest way to interact with your employees.  Recognize go-to attitudes of blame, victim and attack and call your employees on them. Use plain language right from the start without being mean (be honest, not mean). Request a specific change and then follow up. In trying to be kind to staff, you may not be doing them a favour and making it harder for them in the long run. As an example, my client has chosen words over the years such as ‘harsh, not sensitive to others, a little rough, brusque, brash’. I wonder if his message in past would have landed with his office manager if he had used words earlier such as bullying, aggressive, attention-seeking, or that she left others feeling small or wrong? I wonder how things might have been different if he called her earlier on her go-to’s of blame, victim or attack? Sometimes, we can be too nice.

Category: BlogBy adminJune 4, 2017
Share This Article
Share with FacebookShare with TwitterShare with Google+Share with PinterestShare with LinkedIn